My Mother-in-law is a hoarder. Like the ones on TV.

Sure, she throws away banana peels when she's eaten a banana and takes out her trash on a twice-weekly basis, but the "stuff" whether broken or damaged or just plain old... it's all there. She has a 4 bedroom house with separate living and family rooms. Only 2 of those bedrooms can be used for sleeping (and not because the others don't have beds in them... they do). Her living room has been closed off for several years because you can no longer step into the room for all of the stuff in there. Her 1-car garage is barely usable for the laundry room she keeps in the back. And she has had a off-site storage unit, too, that she's had for at least 12 years, if not longer.

This is just the tip of the ice berg, really, but I tell you this to set up my story from this weekend.

As I've mentioned, my husband's grandmother passed away a couple of weeks ago. She was also a hoarder of sorts (she taught these tricks to her daughter, obviously) and there is so much STUFF in her house that I am baffled by it all. So we have to clean out this house, since we cannot afford the mortgage on it and the bank will have to foreclose. But what to do with the stuff? Of course, MIL wants it.

She has agreed to have a garage sale and sell some of it, but we need to move it across to our town instead of holding it at the house. So yesterday, we rented a big moving van (26 footer - we're talking BIG here, folks) and began to load it all up. We had to have a place to PUT it all, of course, so we also rented a POD to sit temporarily in her driveway until we can sell off the stuff in it. (And when I say "we" I literally mean we - my husband and I paid for this stuff to the tune of at least $400.) We told her that the the truck needed to be back by 4 and that that was all time we could offer her for the day. We were willing to start early - the truck rental place opened at 8 and we were there by five after to pick it up, so we got started as early as we really could.

I am going to skip a lot of details here, but I'll tell you that Fuss and I left a little before 2:00 to go home for Fuss's nap and to be there for the delivery of the POD to MIL's house. My husband was supposed to try and finish up by 4 at G-ma's house and we were realistically assuming that he'd be done by 6. We had a date night planned and our babysitter would be there around 6:30.

He didn't get home until after 8:00. He had to threaten to leave with the truck around 5:00 to get his mom and sister to move their rears into gear. They still didn't get everything they wanted to take, but apparently they got most of it. They were going to go back and try and load up her hatchback or something with more.

I was TICKED OFF. She knew we had plans and completely blew them off. She knew we had given her a time limit and casually threw it away. She didn't care. And when my husband jokingly joked that our cut of the garage sale proceeds would be 30% (a random number) she got all pissy and told him that there would be no "cut" despite the fact that we would be doing all the work (she had plans for the first weekend we planned to run the sale and would not be around to help out at all).

In addition to this, while we were at her house moving out some old, broken appliances (her dishwasher hasn't run in at least 10 years) to swap with the newer ones at G-ma's house she discovered a dead rat in her kitchen. A DEAD RAT. She was slightly surprised, but didn't seem that upset about it. I have to tell you that if I had a rat - dead or alive - in my house I would be FREAKED OUT. No one should live like that. And while I know that rodents happen (I'm not judging every person who has ever had a rat in their house, it happens, but come on - don't you try and DO something about it when you suspect it? And aren't you disgusted when you find it IN YOUR KITCHEN? Where you keep FOOD. That you EAT? Ick.) her attitude about it really concerns me.

So I am ticked at my MIL, but I have to be sweet and polite because I know she is grieving and I don't want her to feel like this is about G-ma and all of that. But I've realized lately how selfish a person she truly is, and I never would have called her such a thing previously.
Posted by Mama Fuss at 1:51 AM 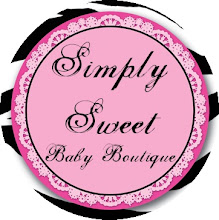 Mama Fuss
I love baby names and I love studying pop culture - specifically how popular literature, movies and TV effect our view of the world. So why not take a look at how pop culture effects the popularity of baby naming?